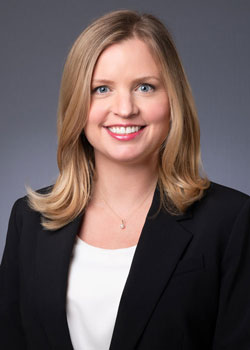 Cassidy Davenport is a partner of Cole Pedroza and a certified appellate specialist.  She is admitted to practice in the California state courts, as well as the United States Court of Appeals for the Ninth Circuit and the U.S. District Court, Central District of California.

Cassidy is a member of the Los Angeles and Pasadena Bar Associations, and the Women Lawyers Association of Los Angeles.  Cassidy has been named a Southern California Super Lawyers-Rising Star every year since 2013.