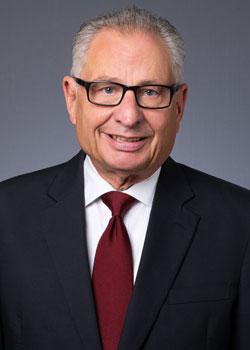 Curtis Cole regularly appears before trial and appellate courts throughout California, as he has done for over thirty-five years. His legal experience includes approximately two hundred decisions from state and federal appeals or writ proceedings and one hundred civil and criminal jury trials, court trials, arbitration hearings, and administrative proceedings before California regulatory agencies. He is a Specialist in Appellate Law, certified as such by the State Bar of California, Board of Legal Specialization. He is acknowledged by his peers, including by way of the familiar “A.V.” and “Super Lawyer” ratings.

Curtis appears in the United States District Courts and Courts of Appeals, as well.

In addition to appellate litigation, Curtis represents and/or advises clients in regard to coverage, claims, contract, and general commercial litigation. He has tried to jury verdict or arbitration award cases involving a variety of issues, including breach of contract, insurance coverage, “bad faith” denial of contractual benefits, fraud, violation of Business and Professions Code section 17200, professional negligence, wrongful termination of employment, and wrongful dissolution of partnership. In regulatory proceedings, Curtis has represented health care providers before the California Medical Board and in hospital staff privilege hearings. He has represented a large, national property and casualty insurance group in various matters before the California Department of Insurance.

Curtis also is a mediator, both in private mediations and in the appellate settlement program of the California Court of Appeal, Second Appellate District.

Curtis is a partner at Cole Pedroza LLP. He received his education at the University of California, Los Angeles, where he studied economics as an undergraduate and then continued his studies at the School of Law. He became a partner of Thelen, Marrin, Johnson & Bridges, which firm subsequently merged with another and became known as Thelen, Reid & Priest LLP.

Among his many professional activities, Curtis served as the founding Chair of the Insurance Law Committee of the California State Bar Business Law Section. He has frequently lectured and occasionally published on substantive and procedural topics of interest not only to lawyers, but also to individuals in the health care and insurance industries