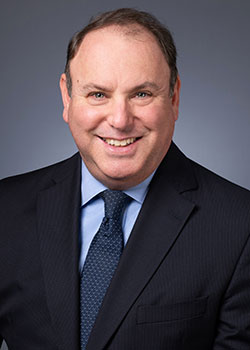 Matt Levinson is a partner at Cole Pedroza LLP, and is an Appellate Specialist, certified by the State Bar of California, Board of Legal Specialization.  His practice focuses on representation of health care providers in appellate and writ proceedings, and he frequently represents clients in the defense and enforcement of the Medical Injury Compensation Reform Act (“MICRA”).  He also regularly assists trial counsel when appellate issues of first impression are anticipated and in cases presenting high exposure.

Additionally, Matt counsels clients and trial counsel on third-party payer claims by ERISA plans, Medicare, and Medicaid, and on mandatory-insurer reporting to the Centers for Medicare and Medicaid Services.

Matt graduated with distinction from Cornell University, where he studied economics and government. He then earned a J.D. at UCLA School of Law, where he served as Managing Editor of the UCLA Law Review.  He began his career at Thelen Reid & Priest LLP in Los Angeles, where his practice focused on appeals and writs.  He represented institutional and individual interests in litigation related to torts, insurance, health care, construction, and other commerce.

He is admitted to practice in California, the United States Court of Appeals for the Ninth Circuit, and the United States District Court for the Central and Northern Districts of California.  He also is a member of the Appellate Law Advisory Commission to the California Board of Legal Specialization.